You know we’re living in a crazy fucked up world when a victory for Russia is that no one gets killed during the Sochi Olympic games.

If terrorists do not strike, I can imagine Vladimir Putin shouting from the Caucasus Mountains: “See, I told you! Now please you to come to Russia for visit. We are safe!”

The fact is, most people in the world will be very surprised if there isn’t at least one act of violence or terrorism during the games.

I personally believe there will be several acts of violence and probably a couple of countries will leave early because of it. What’s the point of going there then?

I understand it for the athletes, they been training their entire young lives and this might be their only shot. If you’re a cross-country skier, you roll the dice at that point.

But why do we have to send Matt Lauer and Savannah Guthrie into the shit?

How many morning show hosts are we willing to sacrifice for sport? 15? 20?

Shame on you, NBC.

Send that guy that’s always in the flak jacket in Egypt. He can probably tell you what’s happening in the luge.

There’s no upside for Russia as host of these games. Why would anyone visit a place that needs 40,000 troops to protect you?

A million troops could probably protect South Sudan but you see them trying to host the Academy Awards or even a bowling tournament. It’s such a joke.

Those Olympics venues will look like Sarajaveo’s in a couple of years with grass growing through what used to be a Curling arena or whatever.

I hear they have 40,000 troops guarding the Games.

That has to make one feel secure – 40,000 drunken Russian troops lusting after Polish ice dancers.

The goddamned Polish ice dancers never had a chance.

I love the Olympics.

P.S. – No report on Those Damn Kids this week – it’s too goddamned cold for even those little pissants to come out from their holes. 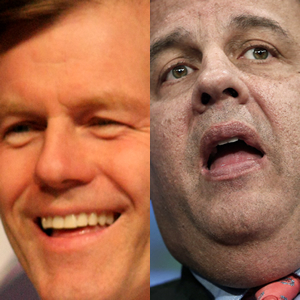