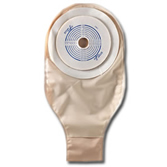 I just want to say for the record on this world wide web I type on every week – FUCK MY COLOSTOMY BAG.  FUCK IT ALL TO HELL!!

You see, sometimes old people like George Burns are allowed to smoke and function normally until they die peacefully at the age of 100 and others, like me, can’t shit past 80. We had a bunch of assholes from my family (no pun) over to the house over the weekend to watch Tigers baseball and have a BBQ.  It was a goddamned embarrassment and fucking lack of respect!

All day long I had to listen to THOSE DAMN KIDS from the neighborhood that my bitch of a wife invited and also my grandkids and great-grandkids giggle at the fact that Grandpa Lester could only eat Jello and was allowed only one beer (light beer!) the entire day!

I’ll say it again – FUCK MY COLOSTOMY BAG.  FUCK IT ALL TO HELL!!

They grilled the burgers right in front of me and made big jokes as they munched on hot dogs and potato chips and all drank till they were drunk!  May Satan fuck them all in Hell!

If it weren’t for Mrs. Aldrich’s ‘attention must be paid’ prayer mentioning me to our Lord, I would have felt that I was already dead.

Now I know why ol’ Dick Shepherd keeps trying to shoot himself.

I will always remember Spring as the season I lost the use of my ass.